Shaktism (Skt: Śāktaṃ : doctrine of energy) is a hinduist  tradition  wherein the metaphysical reality is considered feminine and the Devi is supreme. The variety of goddesses are all considered as aspects of the same supreme goddess(Mahashakti or Parashakti). 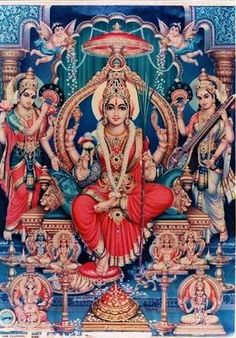 The sub-traditions within Shaktism range from those focussed on gracious Lakshmi up to the fierce Kali. Some sub-traditions associate their goddess therefore with forms of Shiva or Vishnu.

Besides the Sruti and Smriti texts of hinduism Shaktism reveres to texts like Devi Mahatmya,  Devi-Bhagavata Purana, and to Shakta Upanishads such as the Devi Upanishad.

The Devi Mahatmya in particular, is considered in Shaktism to be as important as the Bhagavad Gita for Hinduism.

Shaktism is known for its various tantric sub-traditions and their multitude of godesses.  It consists of the Vidyapitha(Sri Vidya) and Kulamārga(Kaulachara)ra ). 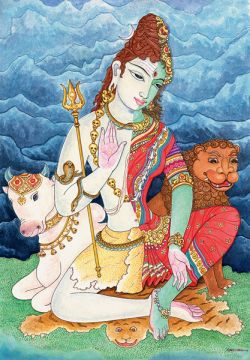 The pantheon of goddesses in Shaktism grew after the decline of Buddhism in India, wherein Hindu and buddhist goddesses were combined to form the 10 Mahavidya goddesses.

The most common aspects of the Devi found in Shaktism include Durga, Kali, Amba, Lakshmi, Parvati and Tripurasundari(Lalita).

The Arishvara - form of Shiva is a tantric combination of the male and female aspects, comparable with the Rebis of spiritual alchemy.

This goddess-focussed tradition  celebrates  festivals such as the Durga puja. The ideas of shaktism influenced Vaishnavism and traditions of Shaivism, with the goddess considered the Shakti of Vishnu and Shiva respectively.